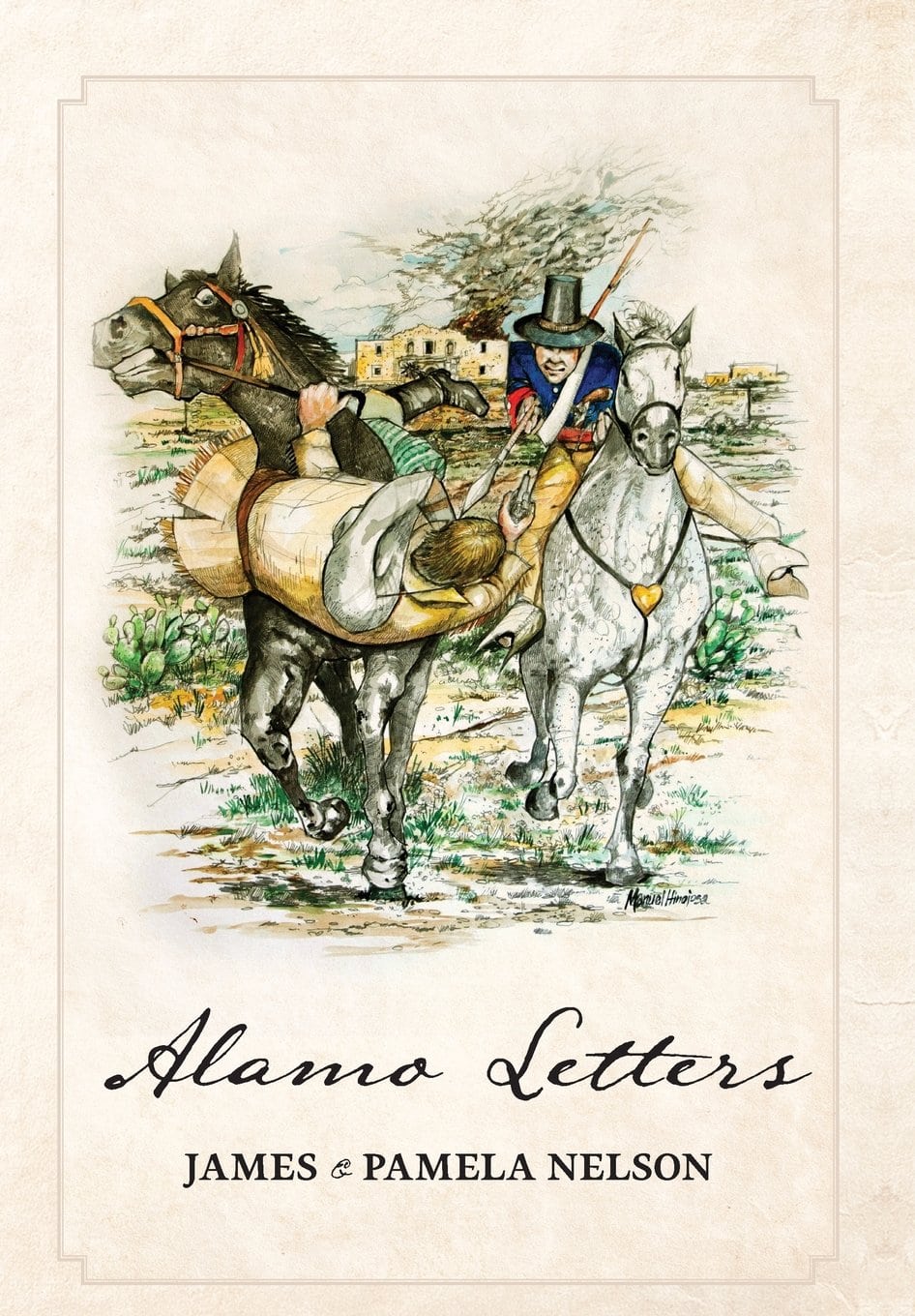 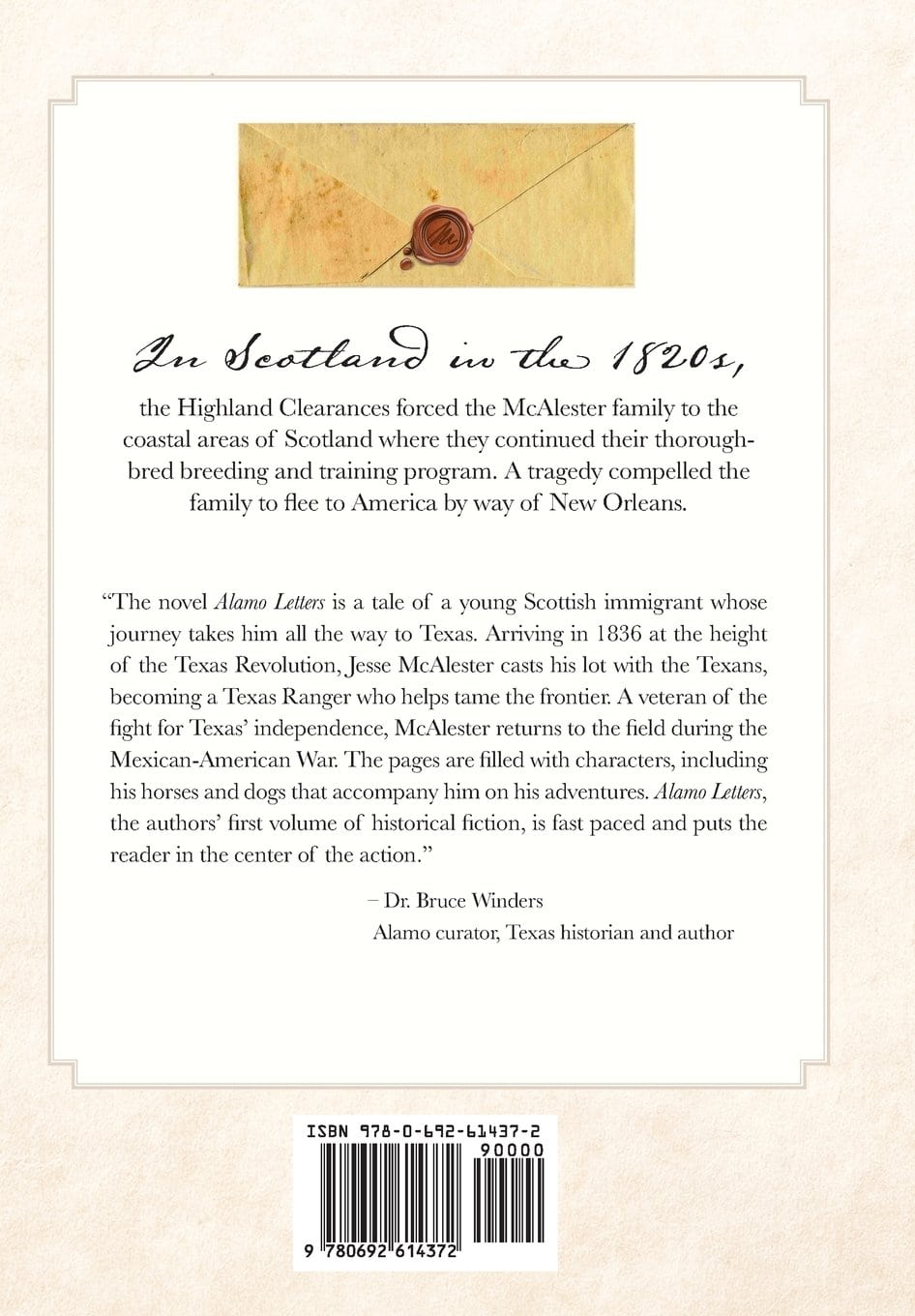 In Scotland in the 1820s, the Highland Clearances forced the McAlester family to the coastal areas of Scotland where they continued their thoroughbred and training program. A tragedy compelled the family to flee to America by way of New Orleans.

“Well written historical fiction with a fascinating storyline start to finish.  The end is moving with an interesting twist.  Excellent read!” –Joan Crosier 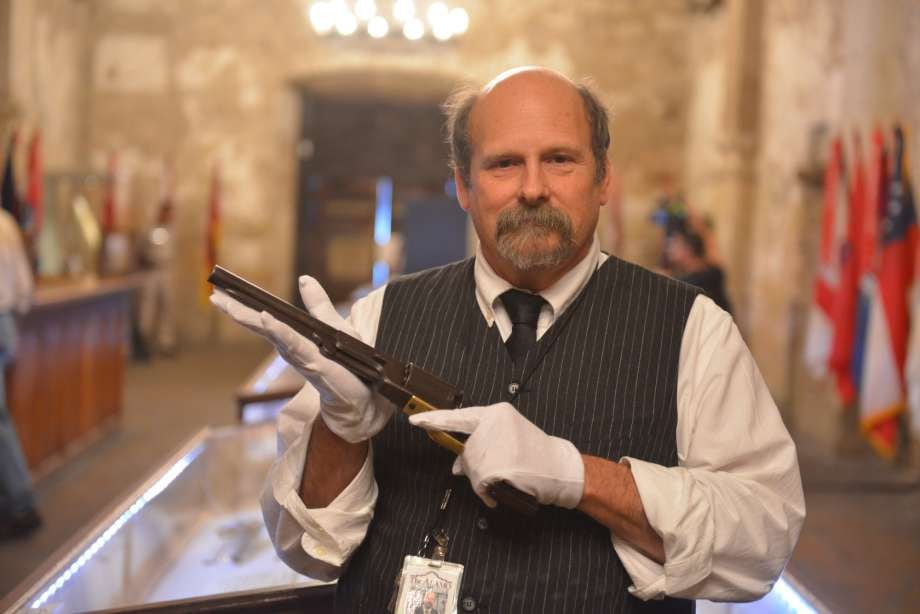 “The novel Alamo Letters is a tale of a young Scottish immigrant whose journey takes him all the way to Texas. Arriving in 1836 at the height of the Texas Revolution, Jesse McAlester casts his lot with the Texans, becoming a Texas Ranger who helps tame the frontier. A veteran of the fight for Texas’ independence, McAlester returns to the field during the Mexican-American War.

The pages are filled with characters, including his horses and dogs that accompany him on his adventures. Alamo Letters, the authors’ first volume of historical fiction, is fast-paced and puts the reader in the center of the action.”

“Wonderful and compelling story tracing the life of a very early Texas émigré from the Battle of the Alamo, Battle of San Jacinto, Mexican-American War, through the Civil War in Texas. A novel mixing in plenty of history and bringing alive the early years of Texas Independence and statehood.” – Chuck Wright

This novel puts you in the center of the action.

Fast-paced action, intrigue, and love stories are intertwined with amazing horse and dog tales. Historical and political overtones produce fascinating stories set in Texas and Mexico in the 19th century. The battle of good and evil is portrayed by dynamic heroes and villains, each struggling to prevail. The reader will laugh, cry, but always be entertained, with the twists and turns creating a desire for more.

“I learned so much about Texas history through the experiences of Jesse McAlester.  Our forebears were certainly made of stern stuff.  What an action-packed adventure with an intriguing ending!” – Dorothy Nowlin 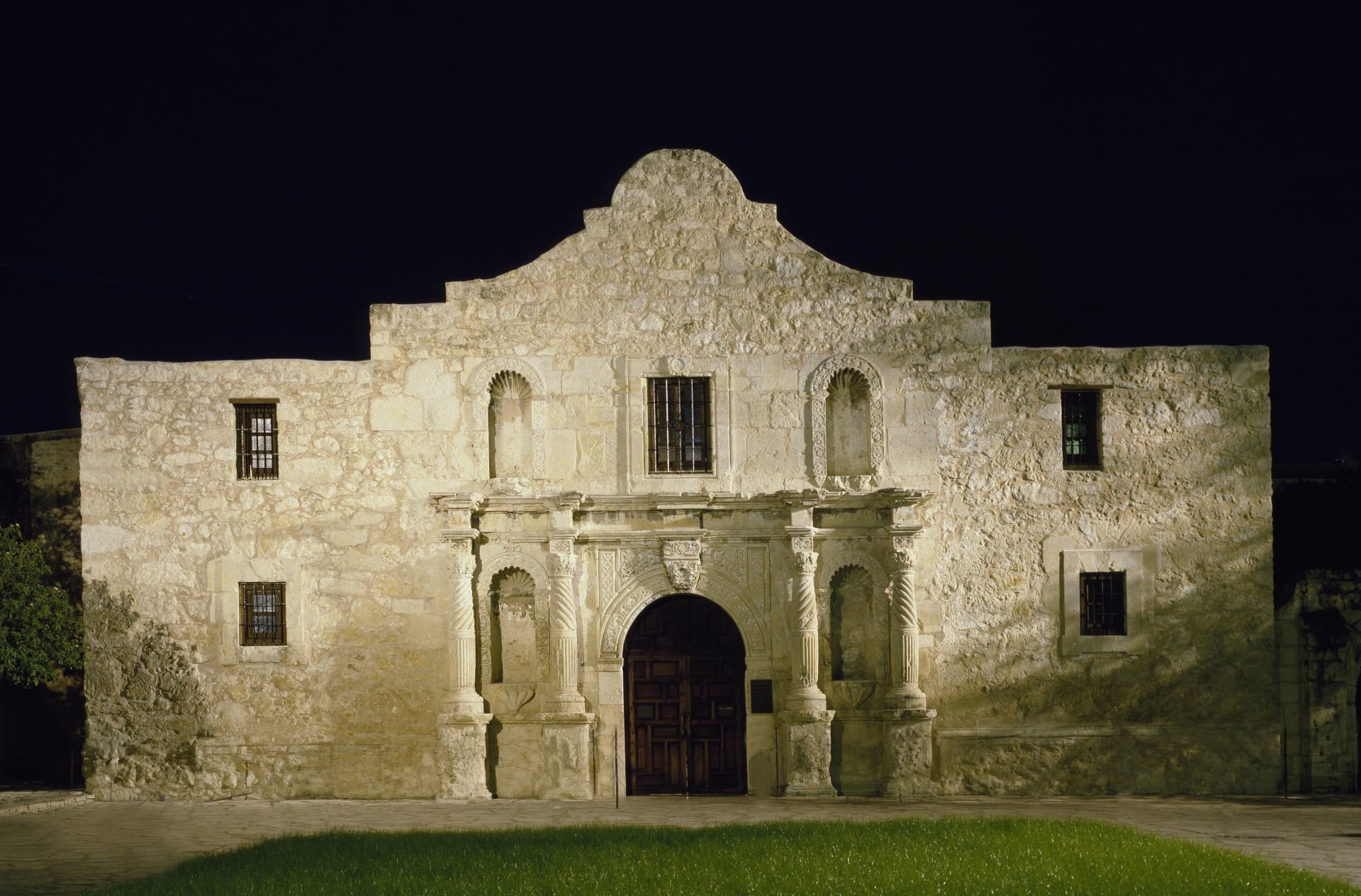 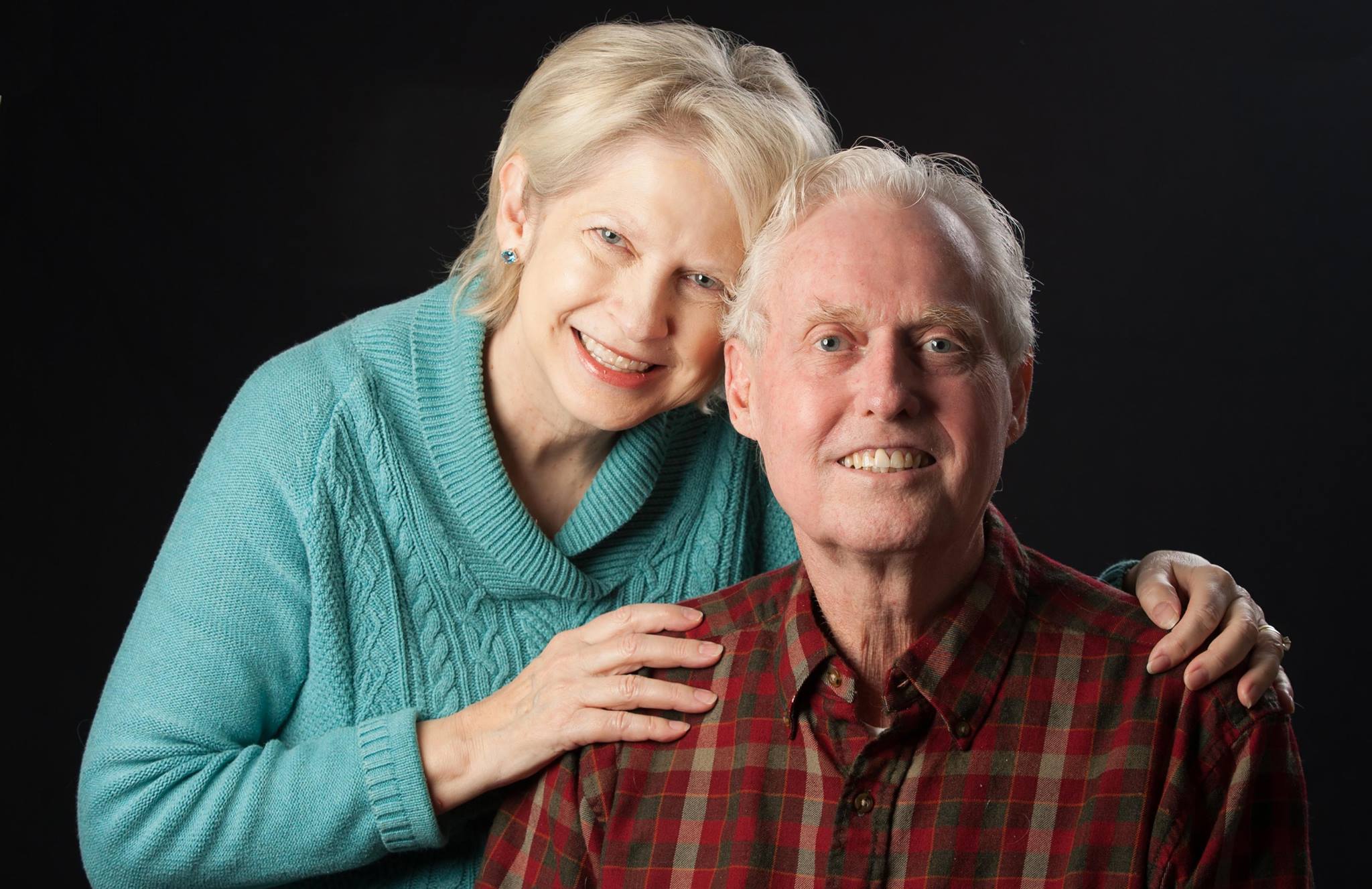 Sharing a birthday on the same day the same month, the same year, James and Pamela Nelson lead captivating lives and are both cancer survivors. Before retirement, Pam led a prosperous career as a lawyer and James received a degree in History in 1973, embarking on a successful career as a real estate investor. They live in San Antonio, Texas, with their two Maltese, Molly and Allie. Passionate about Texas History, they spend much of their free time reading and collecting artifacts. Their home boasts a museum with over 400 artifacts from the Alamo, San Jacinto, and the Mexican American War, including documents from Zachary Taylor, Winfield Scott, Jack Hays, Samuel Walker Santa Anna, Sam Houston, and many more.